An article published by circubuild.be

Lode Goethals of BAST architects & engineers decided to pass on the Circubuild award to Waldo Galle, professor at the VUB and VITO researcher. The award ceremony was the closing event of Circular Real Estate in Antwerp.

That Waldo Galle receives the award from practitioners is a special honour for him. "For almost ten years, colleagues from VUB Architectural Engineering and I have been doing research into design for change and circular construction. We do this for and with practice, and this transdisciplinary approach is visibly appreciated."

"By building in a circular way, buildings can be used longer and building products can be easily reused. This avoids waste and also reduces the need for new products and raw materials, an important step in bringing the environmental impact of the building sector within planet's limits. This approach was illustrated in the Circular Retrofit Lab on display at the VUB campus in Ixelles," explains Galle.

A thorn in the sector's side

"But a lot has changed. Whereas initially we had to demonstrate the sense of design for change and circular construction with environmental or cost analyses, today we mainly point out the risks of circular construction. Is such a radical shift to an economy of closed material flows really affordable? How does it change the role of architects and contractors? And is it going fast enough to meet the climate challenge? Whereas ten years ago we mainly had to convince, today we are the thorn in the sector's side. But it is a role that we, as societally engaged academics, have to play," Galle believes.

Lode Goethals and his team at BAST architects & engineers say they were quick to decide on a new winner. "It is clear that the work Waldo and his team have done and are still doing today has broken new ground and is pioneering in the field of circular construction. Waldo rightly mentions the Circular Retrofit Lab, but there are also the numerous publications on circular design and the initiative Atelier Circulair, in which VUB Architectural Engineering and Netwerk Architecten Vlaanderen, with the support of Vlaanderen Circulair, go into the field in the evenings to bring designers together and have them share knowledge on change-oriented and circular building. Waldo's explanation is also always very clear," he justified the choice. 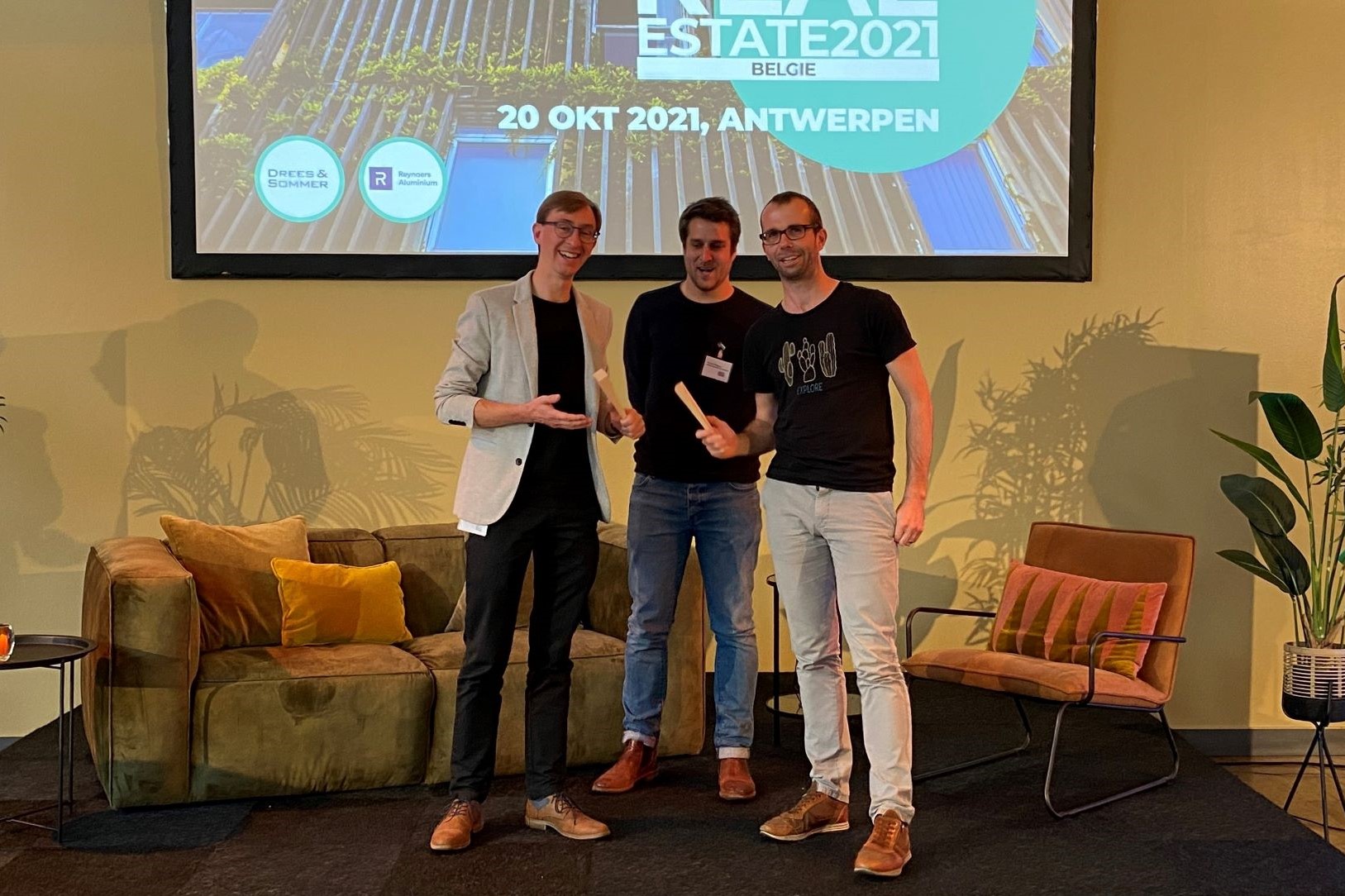 Then, like every former winner of the Circubuild award, Goethals also mentioned one of the main obstacles that circular building still faces. "It has already been mentioned a few times here today (on Circular Real Estate, ed.) and is therefore clearly a shared frustration in the sector: the legal framework does not stimulate circular construction enough. I consider permits for temporary housing to be a - provisional - part of the solution. There are so many spaces where you could build temporary housing. Let's do that. Permits that make temporary housing possible in buildings that are not actually intended for this purpose, but which lend themselves to it with minimal modifications, should also be created," Goethals concluded.

A nice bonus: Lode Goethals arrived at Circular Real Estate without a Circubuild award. Galle - who did receive his personalised skewer that is pinned in the award - laughed heartily about it and promptly proposed to meet in a pub for the official handover.  In a pub, it is something different ...